Our Df96 Monobath and Cs41 2-Bath Color Kit can now ship in First-Class/Priority mail envelopes, not regulated for transport. Save up to 75% on shipping rates! 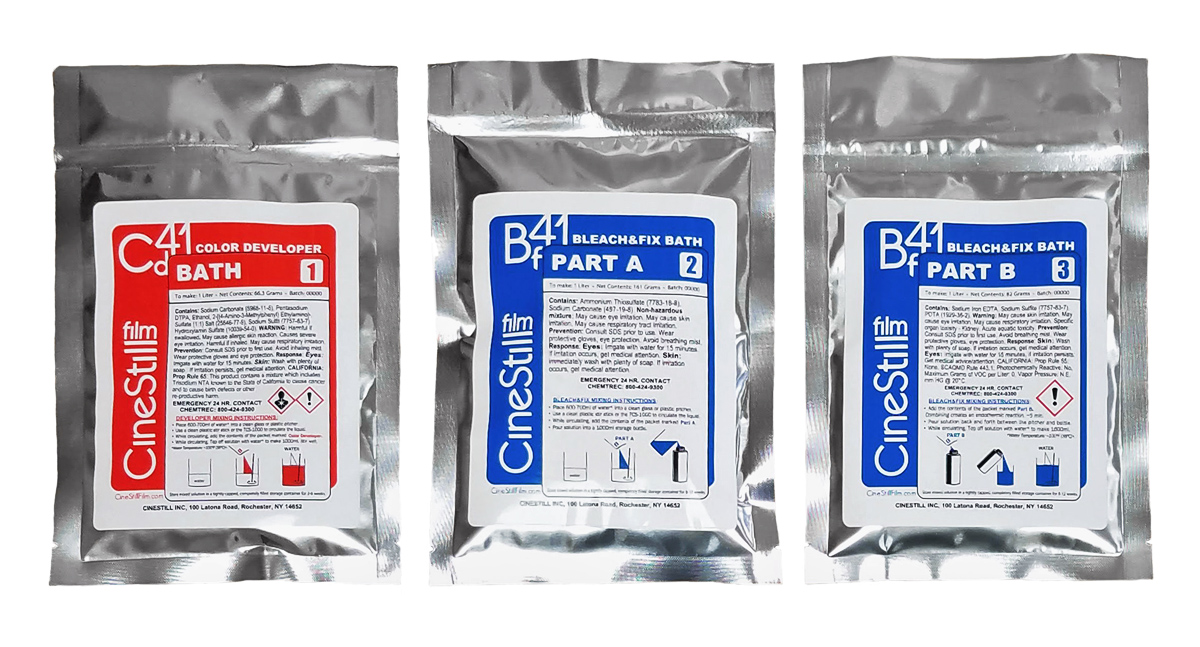 We have some very exciting news for those of you who don't like to pay to ship Earth's most abundant resource around the world! Introducing, CineStill Powder Chemistry! Just add WATER, and you've got a black & white monobath or 2-bath color processing.